With RLCS 2021-22 quickly approaching, Dignitas is preparing for another memorable season. We had the chance to have a talk with Jack “ApparentlyJack” Benton, one of the three members of the Dignitas professional Rocket League team, about the upcoming season, the recent WePlay Invitational, and much more.

Hey, Jack! What have you been up to during the offseason?

So, before we get into the stuff with this season, let’s talk a little bit about last season first. This was your first season playing in the RLCS. Before you joined Dignitas, you teamed up with Polar and Dead-Monster. Talk a little bit about your experience with them and what you were able to take from that when you came over to Dignitas.

ApparentlyJack: So, like you said, these guys were my first teammates. It was definitely an experience, a very memorable one. I really enjoyed my time on that team, and it helped me kind of break out and get a lot of tournament experience. Being new to tournaments, I sometimes didn’t play great under the pressure, but that helped me learn. Teaming with those guys made me feel very comfortable in doing so.

We were all really motivated at the time and we just grinded together all the time. So, it was a very good learning curve for me because I learned a lot and I improved a lot playing against all the high-level pro teams. When I came onto Dignitas, it all got enhanced just because I’m playing with better players. No offense to Polar and Dead-Monster, but obviously Joreuz and ViolentPanda were the better players. It all came together when I joined Dignitas.

You joined Dignitas after the fall split of RLCS X. What do you think made Dignitas the right destination for you?

ApparentlyJack: So, me and Joreuz have been friends for probably about four years now. He’s definitely my closest friend in Rocket League and we’ve always played really well together. We just get on well. So, we had that natural chemistry and ViolentPanda believed in Joreuz and his thoughts to get me in the team. Joreuz was the main one who brought me onto the team, and ViolentPanda backed his decision. Over time, I learned how to play with ViolentPanda as well, so it was a very good team atmosphere. We all wanted to grind the game and were focused on improvement. Dignitas was definitely, I think, the best team for me to join at that time period of where I was at in my Rocket League career.

It definitely sounds like it. You guys already had that chemistry going in, which really helps, especially so early on in your careers. So, how did you feel like the season went? What was your biggest takeaway?

ApparentlyJack: So, obviously, at the start of RLCS X, I was with Polar and Dead-Monster. We weren’t expecting anything; well, I wasn’t personally because it was my first team. I think we finished the first split of RLCS X in 20th position. Then, I joined Dignitas, who were in 8th position. So, that was a very big jump. In my first split with Dignitas, which was the Winter Split, I just wanted to prove to myself and to the team that I belonged at that high level.

I kind of broke all of the expectations I had. I improved very quickly over a short time and we ended up getting 3rd in the split, which moved us up to, I think, 5th in the RLCS X standings. I was on the 5th best team in Europe, which was crazy. It was going really well, and then I think we let the pressure and the numbers get to us. We wanted to look at each tournament and see what we needed to maintain our top 6 spot to get to Worlds. I think that kind of messed us up a little bit. But, overall, it was still absolutely amazing and as my first RLCS season, there’s not many things I would have changed. Obviously, I would have wanted to win everything, but that’s not realistic, so it was still an extremely good learning curve and definitely an experience to take on with me in my career.

So, you guys get to the offseason, and you picked up Scrub Killa as your new third. Talk a little bit about what went into that decision and what you think he brings to the team.

ApparentlyJack: It wasn’t an easy decision to make a roster move. Joreuz and I decided it was probably for the better because, while ViolentPanda is an amazing player, we didn’t think it fit our playstyle. We wanted someone who is more like us and has more of our vision for the game. It’s just different styles at the end of the day and Scrub Killa ended up being that fit. We practiced with a lot of players and we tried out a lot of players. Some worked, some didn’t, and Scrub Killa was the main one that worked and we ended up picking him. We got to work right away and it’s really clicking at the moment. Hopefully it carries on clicking!

Speaking of that, that’s a great segue because people have already had the opportunity to see this click. Before the season started, you guys played in the WePlay Rocket League Invitational from the 16th of September through the 19th of September. It was a really good chance for people to see this roster compete, and it was against really good teams. Maybe even a little better than the Team of Bronzes you faced in SunlessKhan’s video! How did you think it went and what was your mindset heading into the tournament?

ApparentlyJack: It went really, really well! We couldn’t be happier. When we first went into the tournament, it was a proving ground for us. We wanted to see how we’d fare in a tournament and we wanted to see how we’d fare against all of the best teams in Europe. Because it was the first proper tournament in about four months for all of us, it was kind of nerve-wracking going into it. We weren’t match-tight, where you are making the right decisions at the right times under the pressure.

We were just making poor decisions in the first match. In the second series, again, in the first two games we were making poor decisions because we felt a bit unconfident and nervous. Then, something just clicked. We were just like, “okay, let’s just relax and play our game.” We forgot about everything and were fully confident in ourselves and our abilities. We know we can be a really good team. We kind of ran away with the series, and then the next series, and the next one. We went into the loser’s finals against Karmine Corp feeling really good and it was an absolutely amazing series. It went right down to game 7 overtime, which is the closest it could have gotten.

Unfortunately, we did lose, but at the end of the day, it’s one goal. We performed well, we had a loss which means we came out of the tournament but we also got to learn from it. In my opinion, it was a great first tournament to have.

So, we got a very huge announcement recently, which covered all of the things we can expect for RLCS 2021-22. We still have three splits with three regional events each, and all of those culminate in an international major. Securing points in all of these events will be the ticket to qualifying for the World Championship, which also features a wildcard play-in for the main event this year. But, there’s so much more to it than just that. What was your initial impression on the announcement and what are some things that really stood out to you?

ApparentlyJack: I was livestreaming on Twitch at the time and it was just crazy. They introduced loads of new regions, which is absolutely amazing for the esport. The $6,000,000 prize pool is, again, crazy. They really smashed it out of the park with that one. And, just the whole structure. New organization decals, new this, new that. It looked absolutely amazing and I can’t wait to get right in and play.

The format looks great with the wild card event. I love that because it gives teams a chance to still make it to Worlds even if they’re slightly on the outside. LANs are back, that couldn’t be better. There’s too many positives to take away from it, I could sit here for an hour and talk about it. Everything just looks absolutely crazy and I really can’t wait to start playing it.

You mentioned that it looks like Psyonix is planning on holding LANs this season. Just how motivating is the idea of playing at a LAN for you?

ApparentlyJack: It’s got to be up there with the most motivating things you can have in Rocket League. A lot of players have played at LANs, but we’ve got a new wave of pro players that came in during RLCS X like myself and Joreuz. We played at one LAN together, that’s where we met each other, but it was a small LAN. It was a crowd of maybe a few hundred people. Which is good, but it’s not anything compared to the size of what a proper Rocket League Esports LAN is going to look like. It’s going to be a new experience, but definitely one I’m extremely looking forward to. I can’t describe how exciting that prospect is to me and I really want to be there at the next LAN. And just all of them, to be honest.

There’s just something different about it. Even when I’m just watching it on my TV, the atmosphere and seeing the players on the stage adds a whole new level of intrigue to what’s going on. I’m sure for you guys, it’s an unbelievable feeling. Heading into this new season, what are your expectations for both yourself and the team as a whole?

ApparentlyJack: Good question! For myself, I just want to be the best player I can for my teammates. I’ve learned that Rocket League really is a team game. It’s all well and good shining by yourself, but if you’re not going to perform in a team environment, then you’re not going to win. And that’s the main goal – to win. That’s our expectation. You’ve got to be realistic, can we win RLCS 2021-22? Yes. But are we going to? There’s a lot of teams that are good, so you’ve got to set realistic expectations. We want to make all of the majors and we want to make Worlds. Making the first major is the first priority and the main thing we’re keeping our eye on at the moment. And, just to have fun with it, man. Obviously, you’ve got to have fun with it, or else you’re going to become stagnant. You’re not going to improve and you’re not going to play well at the end of the day.

It’s a long season, so it’s definitely good to keep it light when you can! Just one last question - are there any shout outs you would like to give?

ApparentlyJack: Shout out to my fans and everyone who watches my YouTube and Twitch! As well as everyone at Dignitas for all of the support and to my teammates, who have been amazing so far and will continue to do so!

Be sure to give ApparentlyJack a follow to check out his content and see what he’s up to. 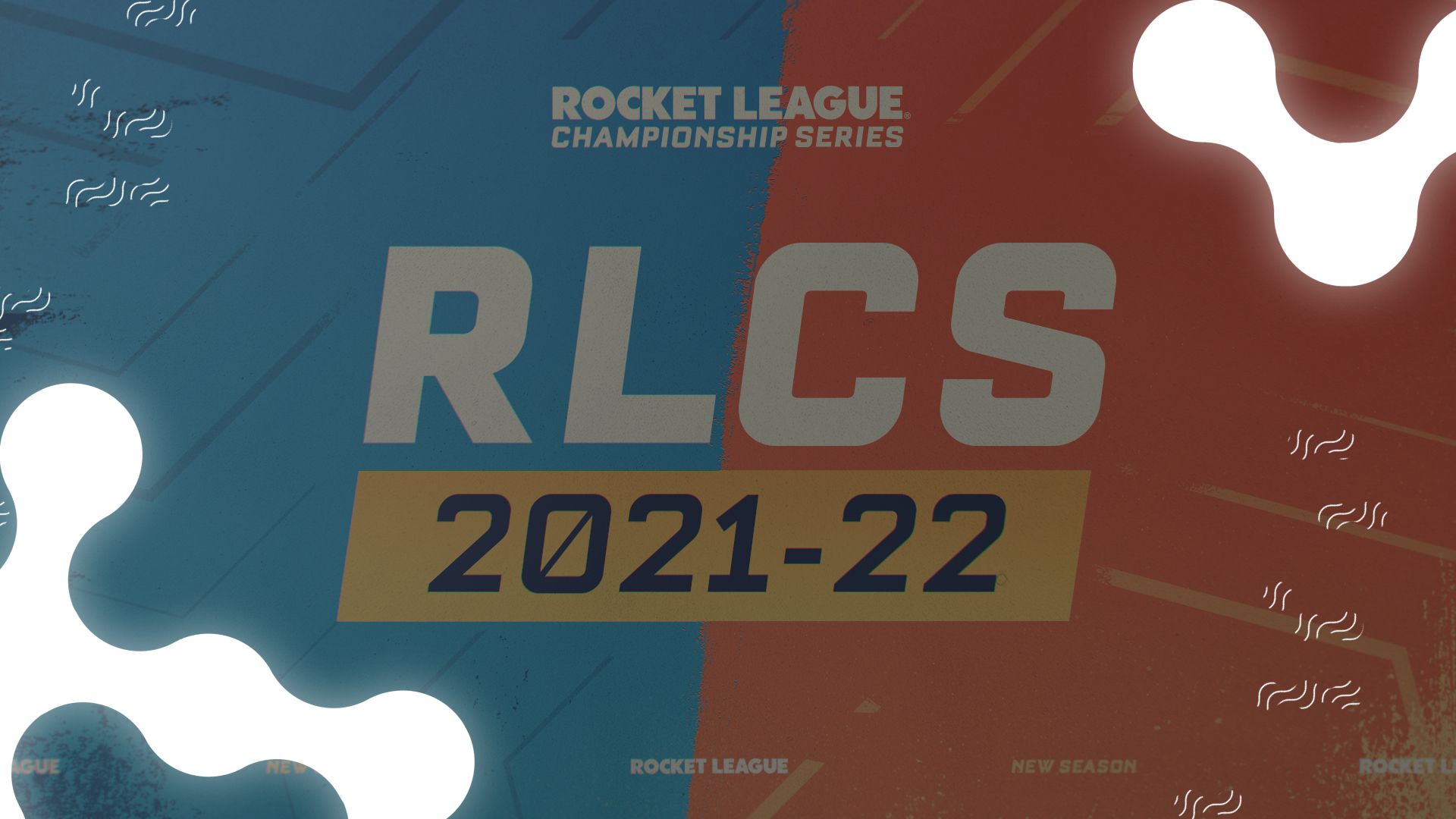