If I’m not off on my counting, there are 89 cards to choose from when building your deck when you have every card unlocked. When you take this number and take into consideration that a deck is built by 8 cards, there are literally millions of possible combinations to choose from.

As you sink more hours into the game and unlock new card, you will try out many different combinations and archetypes that you might not even know you’re using. You might one day get owned by a beatdown deck and copy it to try it out, and this beatdown deck might get owned by a control deck that becomes your next pick. After a lot of trial and error, you will eventually discover that one archetype that, no matter how many different things you try or how much time passes, you just never get over. I, myself, tend to play a little bit of everything but whenever I get tired of messing around, I come back to one of the decks I most enjoy and it falls in the Cycle archetype.

Today we're going to talk a bit about the infamous Hog Cycle, share a few deck variations, and explain how trying a cycle deck can help you improve your skills in Clash Royale

As any cycle deck, the basic concept is having one card that will be your win condition and various other cards in your deck that you can drop quickly and cycle back to your win condition before the enemy can cycle back to his direct counter. The strength of Hog Cycle is the fact that the Hog Rider is a fast unit that can deal a lot of damage while only costing 4 Elixir. These decks consist of playing offensively with your Hog while using your other cards to kite, defend, and mount a counter-push. In many cases, you will have your Hog in hand by the time you have defended and can pressure on the opposite lane making your adversary have to split his troops in both lanes or focus on one side and let their opposite tower be punished.

There are so many variations to the Hog Cycle archetype but today, we’re going to cover three:

This deck is an infamous Hog Cycle deck used by the pros for its offensive power and effective defense when in the hands of someone who knows how to time his card placement. Your main cycle cards are the Ice Spirit and Skeletons and your main defense cards are your Musketeer and Fireball. Since this deck has an average Elixir cost of 2.6, you can cycle back to virtually any card very quickly. Because of this, you should take any chance you see to deal chip damage to your targeted tower with your Fireball.

At first glance, this might deck seem weak on defense, but its kiting power lets you really take advantage of your tower damage. I feel it's a great deck to use when you want to learn how to time your card placement. At first, you might find yourself running low on mana because you might overcommit on defense not knowing the strengths and weaknesses of the individual cards in your deck, but little by little you will get the hang of it. This deck is also very good for learning the value of dealing chip damage and when to split your attacks down both lanes.

This deck is quite fun when used effectively. I wanted to cover this deck because it's an early option for free to play players (like me) since it only has common and rare cards. It is very similar to the Hog Cycle deck but in this case, our defensive unit for small troops is Dart Goblin and our main defense against tanks is the Mega Minion. The Dart Goblin takes the role of the Musketeer while costing 1 less Elixir. This unit is, however, easier to kill due to his low mana pool making him an easy target whenever placed back by your tower. An advantage that the Dart Goblin does bring is that with his range you can safely take out most defensive buildings and, because of his fast movement, you can easily sneak some shots on an enemy tower if left unattended. The Dart Goblin is a great addition to this deck because even when he can only take 1 hit from the enemy tower, he will still attack twice before dying.

While piloting the 2.6 Hog Cycle deck, you will rely heavily on kiting your enemies once they are in range of your Princess Tower. This deck lacks Skeletons that, while being very weak, help you kite. This is why to use this deck effectively you need to be on the offensive. That way your enemy won't be able to mount a strong attack because he will have to keep spending units while defending against your pushes. With this deck, you'll want to learn the range of your Dart Goblin and have him safely defend from the opposite lane. This might not be a kiting technique, but it will make your opponent spend Elixir on killing your Goblin in that lane and reduce the power of his push on the lane they're focusing on.

The last deck I’ll cover is the Elite Barbarian - Hog Rider - Freeze Cycle deck. I consider this cycle to be the opposite of the previous 2.8 Hog Dart Cycle deck because here you are trying to keep focused on cycling to your Hog but your playstyle should be a bit more passive. Your average Elixir cost is .7 points higher than the 2.6 Hog Cycle but you also have a much stronger counter-push when completing an effective defense. This deck swaps out the Fireball for Freeze, limiting your spell damage but adds the surprise factor that can ensure the effectiveness of a push when the enemy is caught off-guard.

With a deck like this, you want to try to save your freeze for the moment your enemy is least expecting it. Your cycle units in this deck have shifted to your Ice Spirit and Ice Golem and this deck ends up being more of a hybrid between a Cycle and a Control deck. It is also a valid option for F2P players having no legendaries and only one epic card.

Cycle decks can be fun and, while I like me some Hog Rider cycle, there are many other win conditions in this archetype that you might prefer. In the end, you want to play the game, however, its most fun for you so find that playstyle and get to clashing! 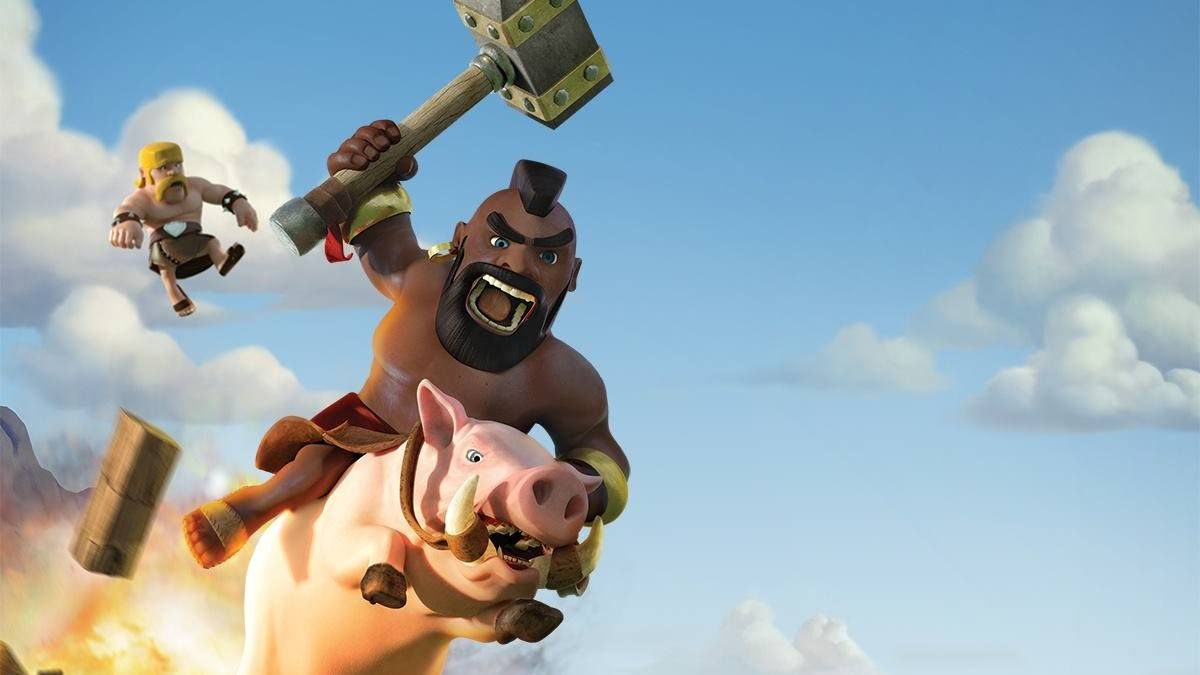