During every Counter-Strike: Global Offensive events, large or small, casters, analyst and desk hosts generally throw around words to describe a player's particular role and skill set within a team such as the ‘In-game leader’ (IGL) or the ‘entry-fragger’. With such an array of professional players in the scene, all with unique play styles and roles, it can be difficult to remember and understand or even define these responsibilities these players partake in within the scene.

This article will attempt to present and define these certain player roles, present examples of certain players that excel at their tasks and tips and tricks on how you too can master said roles.

Probably the most mentally consuming, the in-game leader is arguably the most integral position and role within a team. Depending on the style of leader and person in charge, they are responsible for all five players on their team. They are the individual calling the shots, where, what and who the team should attack on the map, in charge of the team's economy and various other tasks. They make decisions in reaction to the flow of the round. They are a commander. A manager. A teacher. Someone that the team can rely on to show them the light when all else is tumbling and collapsing around them.

In order to excel in this position on a team, an individual must be charismatic and decisive - able to make swift and correct decisions in a rush and still be confident to follow them through. Although they are not expected to be the star of the team, they are in fact expected to have a vast knowledge of the active maps, their players' strengths and weaknesses, opposition teams and general comprehension of the game itself. A great IGL utilises every aspect of the game and scene, such as reviewing demos and organising practices sessions, so that their team has the competitive edge in every match-up. Leaders that excel and master this class are individuals such as Sean "sgares" Gares, Markus "pronax" Wallsten and Gabriel "FalleN" Toledo.

This role within teams is becoming increasingly interesting within the professional Counter-Strike scene as more and more teams are opting for a 6th player, a coach, to take over these roles.

The daredevil of the team - the entry fragger is generally the first one to enter the site the team is executing, leading the charge and making sure their team gains a footing into a site. They have sharp aim and quick reactions and are determined to take at least one defending Counter-Terrorist down with them before calling out the positions of the other opposing members to the rest of his team.

Most individuals that assume this role within a team are constantly practicing and training their aim and skills within the game. These players are constantly following the advice of their IGL, trying to find ways to open up the map or find ways into a bombsite guaranteeing the rest of the team safe passage. The lifespans of entry fraggers are not expected to last till the very end of the round, but bringing at least one enemy down with them and a successful trade is seen as an amazing and valiant effort on the behalf of said player.

This role is often lined with star players within the professional scene, people such as Dan "apEX" Madesclaire, Adam "friberg" Friberg and Ryan "fREAKAZOiD" Abadir. These are all interesting players to watch and the way they controllably sacrifice themselves for the greater good of their team and chance of winning the round.

Arguably the most overshadowed and forgotten role within a team dynamic, the support player is there to guide and aid the rest of his team, bolstering the team's overall skill. Just as the in-game leader has an immense knowledge of the game, maps and team he is supporting, so does the individual stepping into these shoes.

Support players within teams usually and should know a lot of smokes, flashes and molotovs for all of the maps in the active pool. Utilising this large array of knowledge of the game, these players are able to line up smokes and flashes when their leader and strategy demands for it - throwing ‘Pop-flashes’ so that other players on their team can safely peek a corner or bombsite and kill unsuspecting enemies. Individuals that undertake this underpinning role within a team are often the ones there as a failsafe - able to trade for their fallen teammates. In some teams, the player in this supporting role is often working side by side with the leader, devising strategies and setups that work best for the team and making sure they play out well. In addition to this, they are often their as a backup for the leader, in case they have a breakdown of thought or simply unsure what to do in an instance or scenario.

As stated, players that assume this role are too often shrouded by the star players on a team who rack up countless kills or ‘frags’. However, players such as Andreas "Xyp9x" Højsleth and Freddy "KRiMZ" Johansson are extremely great in this position.

Utilizing the immense power that the AWP Sniper Rifle emits, the ‘AWPer’ is seen as the most frightening and pivotal role within a five man lineup. They're able to turn the tides of a round at long distances and with swift reactions and make the enemy cower with the dooming sound it makes.

Almost every team has one main player that picks up the expensive weapon on most buy rounds. These players have considerably fast and rapid reaction times, which they are able to employ when eliminating opposing members. These early kills or ‘picks’ are sought after in order to open up the rest of the map, putting the opposition at a one man deficit early on in the round. With its one bullet stopping power, AWPers are also generally used in the middle of maps, such as on Dust II or Mirage, preventing the enemy from gaining a foothold in these locations. Although this role is not always obligatory for teams, a decent player with a hell of a shot and concise communication can enhance a team's performance tenfold.

Most individuals who dawn these skills and take up the AWPing duty, tend to be the star players that commonly show up in highlight reels and montages. These players consist of names such as Kenny "kennyS" Schrub, Ladislav "GuardiaN" Kovács and Jesper "JW" Wecksell. Interestingly there has been a unique trend of the in-game leader picking up the $4750 rifle, such as Gabriel "FalleN" Toledo or Eric "adreN" Hoag.

Working in the shadows and alone, the Lurker thrives on backstabbing and shooting unsuspecting enemies in the back. Always looking to help his teammates and ensure their execution is successful by flanking the enemy, the lurker, just like the support, is yet another underrated individual on most teams.

Often you will see the Lurk player, derogatorily referred to as the ‘baiter’, working on the opposite side of the map than his team. Here, he or she attempts to catch unsuspecting enemies out of position, moving from one site to the other in order to help their fellow teammates defend against an execution. Not only this, but the lurker also prevents Counter-Terrorists from plotting to flank their teammates, in a way acting as a safeguard to keep map control in their favour. Usually these lurk players have great positioning, unpredictability, and awareness of their enemies' movements and tendencies. In this light, they are usually silently moving around sections of the map, listening to the enemies' footsteps and aggressions, allowing him to let the in-game leader know what is happening on the other side of the map.

Some people that are greatly known as a baiter or lurker are individuals such as Spencer "Hiko" Martin and Christopher "GeT_RiGhT" Alesund. They are masters in their class.

This brief overview has been a quick glimpse at each perceived and general role players fulfill within their teams. Not all teams and players follow this setup but it is however a simple guide into understand the terminology used during events and the thought that goes behind process setting up teams and strategies. 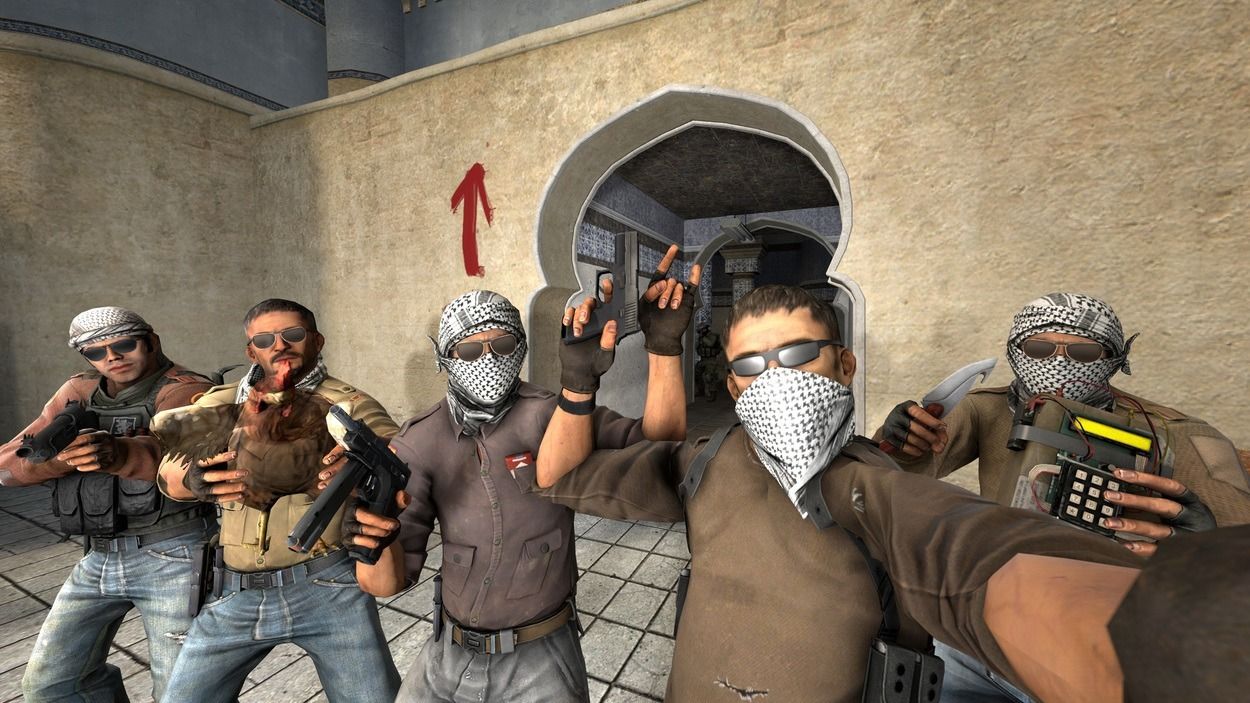