It is a tumultuous off-season for the European Heroes of the Storm scene, and Team Dignitas has not been unaffected. Yesterday we announced James "Bakery" Baker, our team captain of two years, stepping down from the roster, and today we have more to share with you.

Our first announcement today is that Team Dignitas and Fnatic have agreed to a player trade: Thomas "Mene" Cailleux will transfer to our Swedish competitors, while Jonathan "Wubby" Gunnarsson joins our family yet again!

Mene has been with us for one and a half years, and has been an exceptional asset to the team ever since. With the season coming to a close, he has expressed his desire to be reunited with some of his personal friends on Fnatic with whom he has played before. We respect his decision and wish him all the best in his new home - you will be missed!

Joining us from that very competitor is an old friend: Wubby will once more fly our colors after having been with us for three months in 2016 before. He has made incredible contributions to Fnatic's success this year, and his massive individual improvements have impressed HGC players and fans alike. We are extremely happy to welcome him back to the team where he will once more join JayPL as the team's drafter.

Change is good, as Dehaka would say. As of today I will be reunited with old teammates and even older friends: from last year with JayPL and Snitch, to many years ago in League with POILK. I'm super exited for this new chapter and can already feel that it has reignited my love for the game. Usually with changes like these you would feel uneasy or unsure what's to come next - this isn't the case for this team. I already feel at home and happy to be playing with this new roster for Team Dignitas in the HGC of 2018.

Our next announcement is another exciting one: we are proud to present Vilhelm "POILK" Flennmark as the latest addition to the Team Dignitas family! POILK has been without a doubt the most exciting up-and-coming talent in the HGC this year. His mechanical skills and gamesense helped Zealots reach fourth place in the EU playoffs, and will no doubt be an invaluable addition to our team.

Joining Team Dignitas is pretty much a dream coming true. I have always had the goal to be the best at what I do and joining DIG is definitely the right step in that direction. I am really looking forward to be playing with all members and especially Wubby, since we used to play League together back in the good old days. I strongly believe that this will be one of the best lineups in Europe and potentially the world in the upcoming season and I really hope that we will perform well together and make everyone that cheers for DIG proud.

This lineup was only possible thanks to Kenn "Zaelia" Rasmussen moving into the support role. One year ago, the team witnessed Zaelia roleswap into the melee role with great success, and he is eager to take on this new challenge. This time his new role will be a more familiar one, as he has recently on occasion played the second support in our team, and can also build on his past experience playing the healer role in competitive World of Warcraft Arena.

We present to you the 2018 Team Dignitas Heroes of the Storm lineup:

The first appearance of this new lineup will be at the Gold Club World Championship (GCWC) in China at the end of this month. Wish us luck! 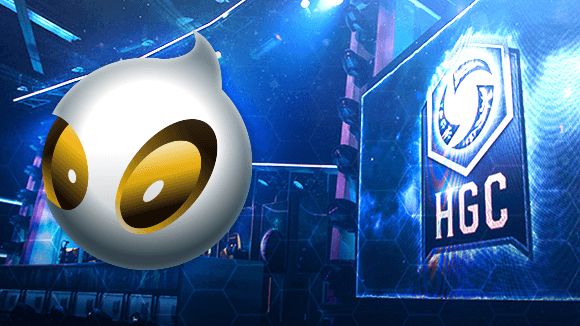