We are nearing the start of a highly anticipated second year of HGC EU. Once again the top eight teams from EU will go head-to-head in weekly matches on Fridays, Saturdays, and Sundays. Don’t fret, your weekends will be filled with amazing HGC action soon enough, as it all kicks off on January 19th. Let’s have a look at how Team Dignitas performed in 2017 and what to expect from them in this upcoming season.

For Team Dignitas, there have been some changes to the team that have already proved to be paying off. With the addition of Vilhelm “POILK” Flennmark and Jonathan “Wubby” Gunnarsson, the group had a strong presence at the GCWC in China last year, placing 2nd overall.

2017 itself started strong for Team Dignitas, as the team won the first Western Clash held at IEM Katowice. The momentum continued on their way to DreamHack Summer in Sweden for the Mid-Season Brawl. The team finished 2nd place, losing to EU rivals, Fnatic. For the rest of the HGC season, Team Dignitas struggled a bit to find their comfort zone. With some rocky games in Phase 2, Team Dignitas were unable to qualify for the second Western Clash. The team buckled down and finished overall with a 10-4 W-L which auto-qualified them to represent EU at Blizzcon.

After BlizzCon, all the EU teams went through many roster changes. For Team Dignitas, a trade with Fnatic sent away Thomas “Mene” Cailleux and brought back Wubby to the roster. Having played with Team Dignitas before, Wubby fit in quickly with familiar faces Jérôme “JayPL” Trinh and Joshua “Snitch” Bennett. He took over the drafting role, providing some consistency and innovation that aligned with each player’s strengths. Their improved drafting was evident in GCWC, and we can expect it to get even better throughout HGC with Wubby at the helm.

Another big change for the team was the stepping down of James “Bakery” Baker from the active roster. Bakery earned himself some accolades as best Support in EU and the title of Kharazim god, as well as being the Team Captain of Team Dignitas and being a strong presence in the Heroes of the Storm community. Bakery was integral to the creation of BOB? who later became the first Team Dignitas HotS roster and we thank him for all his hard work throughout his professional career. He will still be flying the Team Dignitas flag as the newly appointed Product Manager and Brand Ambassador for the organization. We look forward to working with him as part of the Team Dignitas team!

To replace Bakery in the Support role, Kenn “Zaelia” Rasmussen has stepped up to the plate to role swap once again for Team Dignitas. A quick learner and a smart player, Zealia showed off his impressive Lucio and Kharazim play in GCWC. He was able to rapidly adapt to the Support role in the short time between BlizzCon and GCWC with minimal time for scrims and practice with the new roster. Now having had plenty of time to scrim and increase team cohesion, we can expect Zaelia to be a star Support in the upcoming HGC EU season.

The final big change to the Team Dignitas roster and perhaps the most exciting and nerve-wracking was the addition of Vilhelm “POILK” Flennmark, a newer player to competitive HotS. POILK played for Zealots and before that was a familiar face in top-ranked Hero League. His Ranged DPS play in HGC Season 1 with Zealots was impressive, enough so that he has been considered one of the greatest talents to come out of HGC recently. After a difficult start at GCWC with Team Dignitas, POILK proved that he could compete with the very best, bringing out some stellar Chromie, Gul’dan, and Tracer play. His raw talent in smart positioning, ability to perform well in risk vs reward scenarios, and overall ability to play independently and make decisions on his own means that with more time to meld with the rest of the team, POILK has the potential to help carry the team to success. To find out more about the fresh addition to Team Dignitas, check out this interview we did with POILK.

Now that we have a pretty good idea what the new Team Dignitas roster is capable of, let’s have a look at some of the most interesting matches they have in this upcoming HGC Phase.

In Week 2, Team Dignitas face off against Team Expert who defeated them in the Playoffs at BlizzCon. Expert has undergone roster changes as well, picking up star-player Simon “Schwimpi” Svensson from Fnatic, and Liam “Arcaner” Simpson who moved to EU from the ANZ region where he was a top tier player. A staple of the team, Lawrence “Atheroangel” Harper, brings in lots of experience, having been a three-time BlizzCon Top 4 finisher. The team has been looking strong in scrims and is definitely a top contender for Top 3 in EU this season.

Week 4 brings us the highly anticipated face-off between Team Dignitas and Fnatic. GCWC showed us that both teams had surprisingly positive results so soon after their roster changes. But, Team Dignitas were able to take a 3-0 against Fnatic in the Lower Bracket of the Playoffs. From those results, it seems that the team has edged above Fnatic, but HGC EU might show us completely different results if Fnatic can benefit from all the practice time leading up to the match. Fnatic picked up Mene who is considered the best Mage player in EU, and Benjamin “BadBenny” Eekenulv from Team Expert. GCWC might have been a bit shaky for them, but they cannot be completely dismissed as a potential for Top 3 in EU.

Week 5 will be another exciting one, as Team Dignitas will take on the new Zealots roster. The “mad scientist” of Heroes of the Storm drafts, Adrian “adrd” Wojcik joined the ranks, as well as Ranged Assassin and Valla legend, Christoph “Cris” Gowitzke. With Daniel “Shad” González having switched from the Flex role to Support, a lot of pressure will be on him to perform. He is known for phenomenal Genji play, so it will come down to him being able to transfer those skills to Support characters, much like Zaelia has had to do.

Like last year, we can probably expect EU to be pretty close in the standings as all the teams seem to be full of talent. The question is, who will be the outlying team who takes 1st place? Of course, the Team Dignitas squad has very high hopes and expectations for this season. The unexpected success from GCWC is perfect fuel to get the team motivated and confident. We are gunning full force for #1 this year!

As usual, keep an eye out for our weekly previews where we will break down the week’s matches and highlight exciting player head-to-head performances and stats.

Be sure to follow us and the team on Twitter for updates on when they stream, when the HGC games are live, and what they think about HGC! #DIGWIN 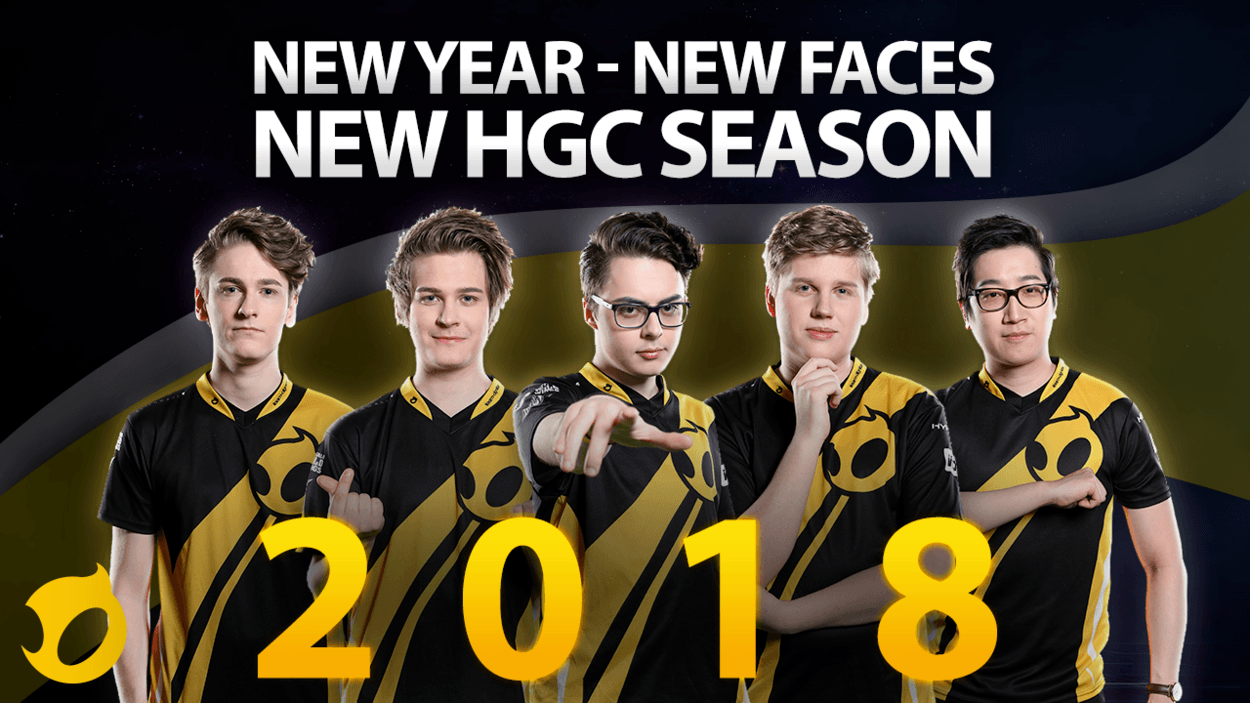