Today it is with a heavy heart that we announce our departure from Heroes of the Storm as an esport. This announcement comes on the heels of Blizzard reporting that the Heroes of the Storm Global Championship (HGC) will not continue in 2019. The league started in 2017 and Dignitas was a key player both in Europe and on a global scale.

Our feat in Heroes started in early 2015 with a German roster, then later in 2015, signed the roster that would eventually shape into the line-up that competed for Dignitas in 2018.

Led by Bakery, our now Manager of Business Development, the team that included Snitch, Atheroangel and later JayPL and scHwimpi put DIG Heroes on the map. Over the next two years, great names like DunkTrain, Mene and AlexTheProG came through our doors. Between 2015 and 2017, DIG won the 2017 Western Clash #1, finished 2nd at the 2017 Gold Club World Championship and 2nd at the 2015 World Championship, among other achievements.

In the end, Dignitas will finish as the second most successful Heroes of the Storm team of all time.

Thank you Blizzard for giving our players the opportunity to compete globally at your prestigious events.

Thank you to our incredible fans for the love you’ve shown Dignitas and our players over the years.

Thank you for Zaelia, Snitch, Wubby, POILK, JayPL and nabby for the honor and prestige that you brought to Dignitas. 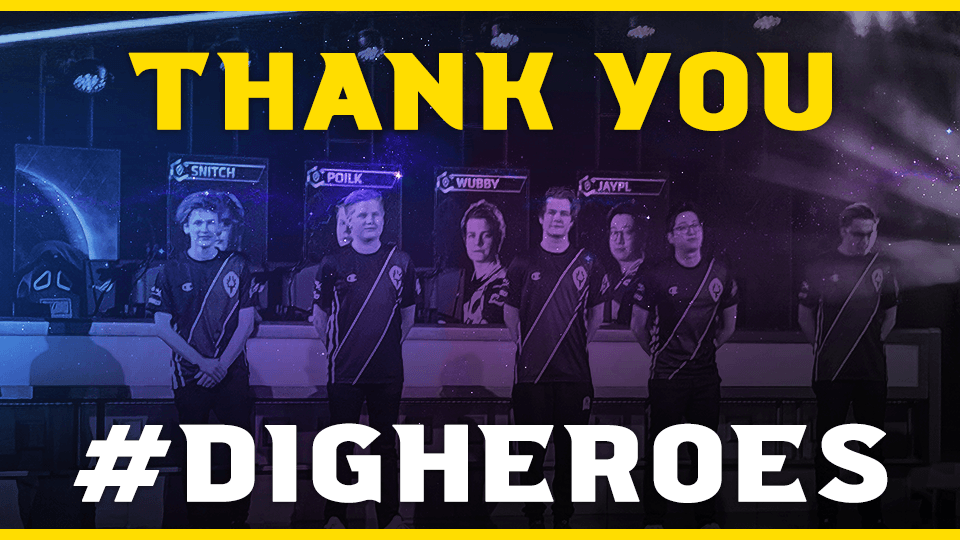