GOAT can have several meanings, but in this piece we are focusing on, maybe, the greatest solo lane hero of all time in Heroes of the Storm - Yrel. The Draenei Paladin introduced in the World of Warcraft expansion, Warlords of Draenor, started out as a Priest in the lore, but when she was thrown into the battle, her connection to the light changed and henceforth she became a Paladin, wielding her mace, the Hammer of the Naaru.

When we saw the first patch notes about Yrel, the community that knew her from WoW was a bit skeptical. Why was she given the Warrior role? Clearly, a Retribution Paladin should be a Melee Assassin, not a Tank? These voices have been silent as Yrel hit the live servers and it was discovered that she’s not a Tank, she is a Bruiser, and a damn good one at that.

We have teamed up with Team Dignitas’ resident Yrel player, Jonathan "Wubby" Gunnarsson, to find out how to be the GOAT in Heroes of the Storm.

Wubby: Yrel is a hero that is really fun to play, but also really annoying to play against. A situation that pretty much means that she’s overtuned. I think she’ll be a very well-designed hero if she gets tuned a bit back - even if it’s to say that they should nerf my own hero, I think it would be better for everyone.

On the first day when she was released I thought she was the worst hero ever, both in terms of numbers and abilities. When I hovered her in Hero League, other HGC players would ask me not to play her, as she was seen as a bit of a meme. I would still pick her and we would lose, I remember I lost my first five games on her during release week. At that time, we were at the Mid-Season Brawl, but when I got home I got to figure her out more.

The fact that Yrel pretty much doesn’t have any instant cast abilities is another way for Blizzard to break out of the MOBA norm. Instead of instant abilities, Yrel has a full base kit of abilities that can charge up for 1.25 seconds, making them stronger the more they charge. This led to a lot of wonky play in the beginning when she was released, but after the first players found out that you don’t have to fully charge your abilities, they slowly, but surely, found the right playstyle for Yrel as the top lane monster with the crazy flank potential.

Wubby: Her auto attacks are so slow that it doesn’t really hurt her, you just auto attack -> charge a spell and and use it -> auto attack, etc. This also makes sure that you proc your level one talent all the time.

A thing you need to know is that you don’t have to fully charge your abilities, you pretty much just activate them instantly when you trade in the solo lane. Your (E) still does full damage if you activate it instantly, it’s only the range that increases. I usually keep my trade to get a good heal with my (Q) if I get in trouble.

Anyone who has solo laned against Yrel knows that aggression is a lost cause. You simply have to play passively or wait for your team to come in for a massive gank - though she might even escape from such a situation. How does she do it? Wubby helps us understand what makes Yrel a true survivor in the solo lane.

Wubby: Yrel has a high health pool, a basic ability heal, a level one talent that heals her after every ability, a basic ability escape, a level seven talent that gives her instant mount, and many other small things. All these things are the reasons she is such a good solo laner. As I mentioned earlier, I usually save my trait ability to give myself an instant big heal combined with the (Q) if these other abilities won’t give me the advantage. I didn’t even mention her level 13 damage reduction and her Heroic that makes her take no damage. Yrel will never be a target in a teamfight if played correctly. She is kinda like Muradin in that regard. You generally want to be in the face of your lane opponent.

No hero can 1v5, though some nearly can, you can always use a buddy at your side to follow you into battle. So, who would Yrel prefer to have on her team, and who wouldn’t she like to see on the other side of the battlefield? How do you kill those who cannot die? Maybe Yrel is not as invincible as we thought.

Wubby: She works in pretty much any comp, but she dives really well with Genji. When you are playing with a Genji and you dive together, your slows and healing help Genji a lot.
She is also good with Sgt. Hammer. If you play protective around your Hammer, no one can dive you.

Yrel is such a versatile hero that she doesn’t need any specific Support on her team, so this makes the choice of hero for your Support player more flexible. The one thing you really want with Yrel is a dive partner to play aggressively with. The only real synergy I see with a Support is Rehgar as Yrel’s heroic makes it really easy to land a good Ancestral on her.

Though she has a lot of self-healing, which makes it sound like she would be good in a solo Support Abathur comp, she doesn’t really fit the playstyle that’s needed in the situation. With solo Support Abathur you want quick small skirmishes, but Yrel is usually in there for the longer hardcore teamfights.

Wubby: As for counters, Li-Ming is pretty good against Yrel. It’s hard for a Yrel to jump to a Li-Ming and do damage to her. It is very easy for a Li-Ming to land her spells on Yrel because she is always slowed.

In the solo lane, it’s only Malthael that really stands a chance against Yrel. His percentage damage is good against her, and he can kinda match her self-healing, but not really.
Tassadar is also fine against Yrel, he kinda neglects the threat of the dive from Yrel - you can’t really dive towards a Tassadar either.

Traveling to Hanamu… Wait, no! Where do we want to pick Yrel?

Okay, so we have established that Yrel is a beast in the solo lane, the survivor of the fittest, and has very few counters. But, where can we utilize her strengths the best? Well… with her survivability and great solo potential, a battleground with several contested points might be the answer, but she also has great teamfighting and dive, so maybe a decent sized contested area would be better? Let’s see what Wubby says.

Wubby: Dragon Shire is by far her best map. Her ability to hold top lane on her own is super valuable. She also has good flanking potential in teamfights with the way the pathing is shaped between the lanes.

She is also good on Volskya for the fight on the point, but her laning is less valuable on that map. Her third best map is probably Towers of Doom. The lane is wide, so it’s easy to zone out your lane opponent. You can also invade the enemy “Pumper” camp and contest it until the rest of your team comes over.

She is pretty good on most maps, but she gets the least value on Cursed Hollow because it’s hard to double soak and get good teamfights, and the layout of the top lane is not in her favor.

And to wrap up our little talk about Yrel, we’ll take a look at Wubby’s preferred talent build.

One of the most important survival tools in Yrel’s success is the healing from this talent. It synergizes well with her slow auto attack animation and charge-up abilities and makes her a nightmare to 1v1 against.

Level 4 - Aegis of Light/Gift of the Naaru

If you can communicate with your teammates, and they understand how to play around Yrel, Aegis of Light is a very strong talent, but most of the time in Hero League you will get more value from Gift of the Naaru as your team will most likely be all over the place.

You will never have to worry about a gank in your solo lane, as long as you jump away and mount up with this talent.

Another survivability talent that makes her dive super strong. The constant healing you get from your other talents and abilities plus this three seconds get-out-of-jail card pretty much makes you unkillable at this point - but wait, there’s more!

We know this talent from Leoric, basically. It’s just a good control tool in teamfights.

This talent gives us a bit more damage, but it also encourages us to get value from our level one talent, so make sure to get that auto attack in between every ability!

Oh, so you thought that self-healing and immunity wasn’t enough? Well, here, take a self-cleanse to drive your opponents over the edge to insanity and harass them forever without any fear of death. 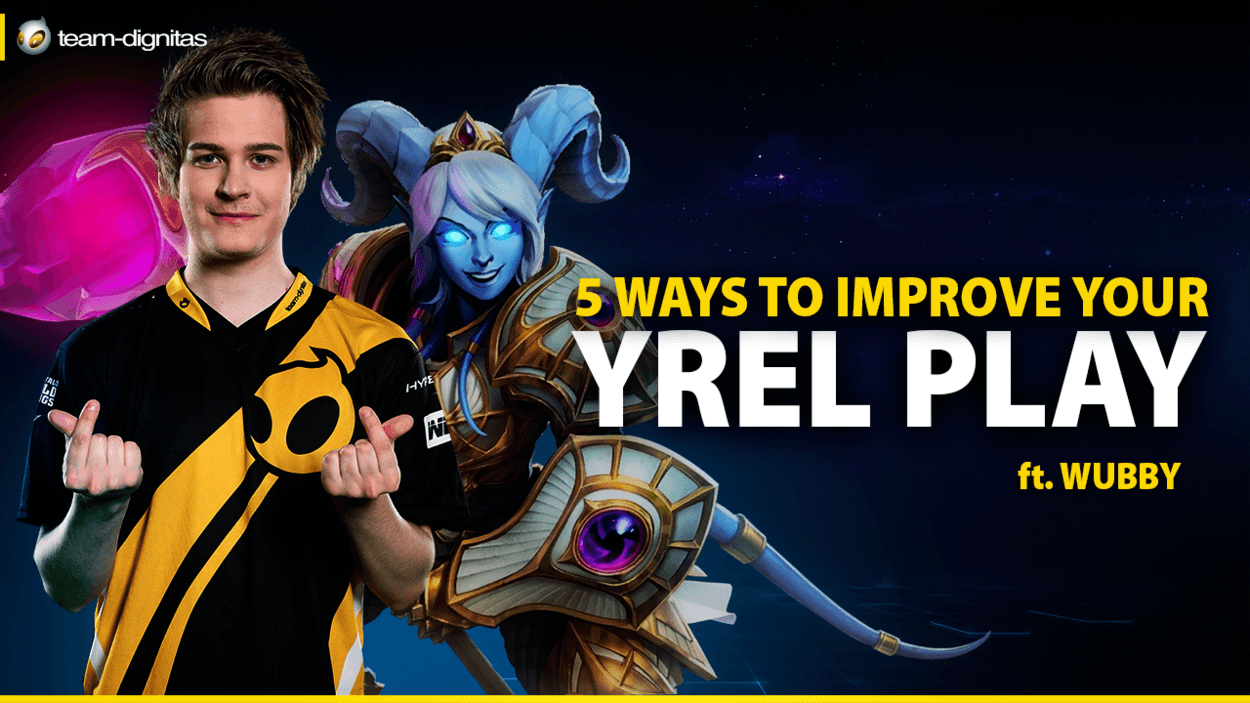