Throughout our fifteen-year history as an organization, we’ve seen many world champions don the black and yellow of Team Dignitas. Today, we add another world champion team to our list – a team that we expect to win many titles under our banner. We’re proud to welcome the former Gale Force Esports Rocket League team to Team Dignitas.

As the reigning Rocket League Championship Series (RLCS) champions, the Gale Force Rocket League team is widely considered to be the best in the world. The European-based team is comprised of Jos “ViolentPanda” van Meurs from the Netherlands, Pierre “Turbopolsa” Silfver of Sweden and Alexandre “Kaydop” Courant of France.

Competing as Gale Force Esports since June 2017, the highly-decorated, European-based Rocket League squad will compete under the Team Dignitas banner at RLCS Season 5 World Finals from June 8-10 in London, following its top finish in the European division of RLCS Season 5. In addition to the RLCS Championship, ViolentPanda and Kaydop won the Universal Open Rocket League Season 1 tournament, and earned silver medals at the ELEAGUE Cup, Dreamhack Atlanta 2017, FACEIT X Games Invitational 2017 and Dreamhack Summer 2017. This past weekend, the team also qualified for the Northern Arena Invitational 2 Finals, hosted in Toronto from July 15-17.

“I am really ecstatic to be joining Team Dignitas, alongside my team. I am really honoured to become part of a well respected organization. I am looking forward to maintaining our position as one of the best teams in the world and can’t wait to further our accomplishments as the Team Dignitas Rocket League at the World Championship in London this season!”

The addition of our new Rocket League team magnificently coincides with the announcement that we have recently appointed a new CEO, Michael Prindiville, who has an esports background rooted in Rocket League. Prindiville, former co-Executive Producer at NBC Sports, was responsible for first bringing Rocket League to national television with the network’s Universal Open -- the same event won by Gale Force Esports. Prindiville co-created and developed the Universal Open, a joint NBC Sports and FACEIT esports tournament property, and helped develop the NHL’s inaugural esports competition, the NHL Gaming World Championships.

“I’m thrilled to join such a storied esports organization as Team Dignitas and look forward to building something truly special. We will operate with long-term patience and short-term speed to capitalize on game-changing opportunities, such as what we did this past week in our signing of the best Rocket League team in the world. With a strategic plan intact and the support of one of the most revered sports and entertainment companies in the world, Harris Blitzer Sports & Entertainment, I’m confident Team Dignitas can reach the pinnacle of esports.”

Under Michael Prindiville’s direction, we look forward to an exciting future in Rocket League as well as a spectrum of other top esports titles.

With the new addition, we must sadly say goodbye to our former squad later this Summer. This past season, Team Dignitas participated in the Rocket League Rival Series, where Chicago, Turtle and zol closed out the season with a respectable fourth place finish. Our management group will provide assistance for our former team as we seek out their new home. We’d like to thank Chicago, zol and Turtle for their time and professionalism while playing for Team Dignitas. These young talents have bright futures in Rocket League and we are proud to have had them represent Team Dignitas.

We’re just weeks away from the June 8 RLCS World Finals. Join us in welcoming our new team and follow their journey as they look for another World Championship.

Meet the team on Discord: http://discord.gg/TeamDignitas 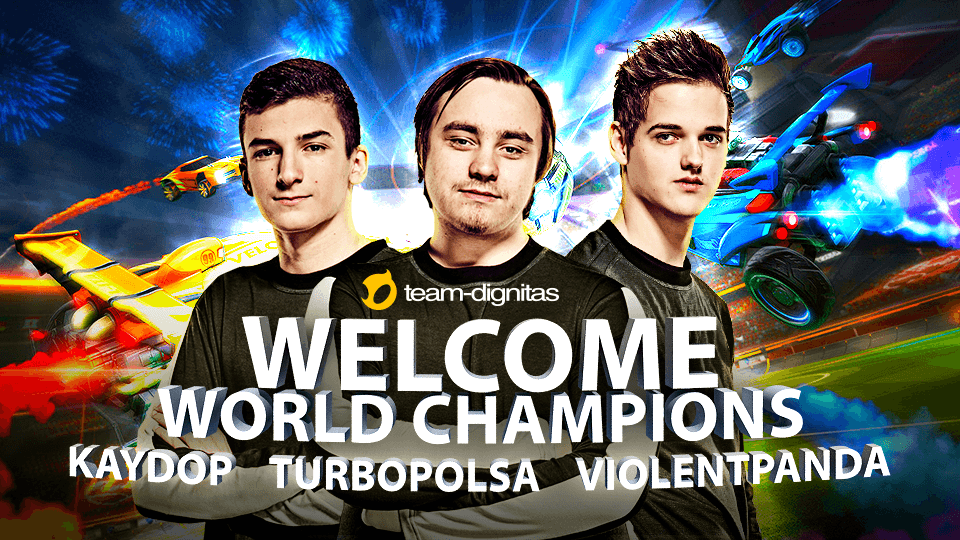