Upon merging with Clutch Gaming in June, Barton joined the Dignitas family and we were quickly impressed by his leadership skills and work ethic.

After completing his degree in Economics with Financial Applications, Barton started his career as a Financial Analyst at Landry’s, a dining and entertainment company owned by Tilman Fertitta, the owner of the NBA’s Houston Rockets. Given his esports background as a top level Dota 2 player, Barton used his skills as a Financial Analyst to pivot to an Esports Analyst position with the Houston Rockets’ LCS team, Clutch Gaming.

Since assuming the General Manager position in late June, Barton and the Dignitas leadership team has helped turn the team around from nearly last in the league to a Top 4 placing with Worlds still on the table. Barton prides himself as a player-first General Manager with a commitment to building a strong management infrastructure and recruiting top talent.

Barton shared his goals and ambitions for his future with Dignitas:

Expect Dignitas to be entering new titles soon. We’re looking to compete at the highest level and I’m confident with my vision, we can get there. Dignitas will be recruiting players and staff who want to embrace our culture and vision for continued growth.

Dignitas CEO Michael Prindiville is excited for a future under Barton’s leadership:

We feel very fortunate to have Andrew as our GM. His work ethic, fresh thoughts, attention to detail and broad knowledge of the esports space - as well as intricate understanding of League of Legends - is the perfect combination for the GM position in our large, fast growing organization. With Andrew, our teams are in great hands going forward.

Barton will oversee team operations for all of our current competitive games including League of Legends, CS:GO, Clash Royale, SMITE, Rocket League and Super Smash Bros.

Join us in welcoming Andrew Barton to Dignitas! 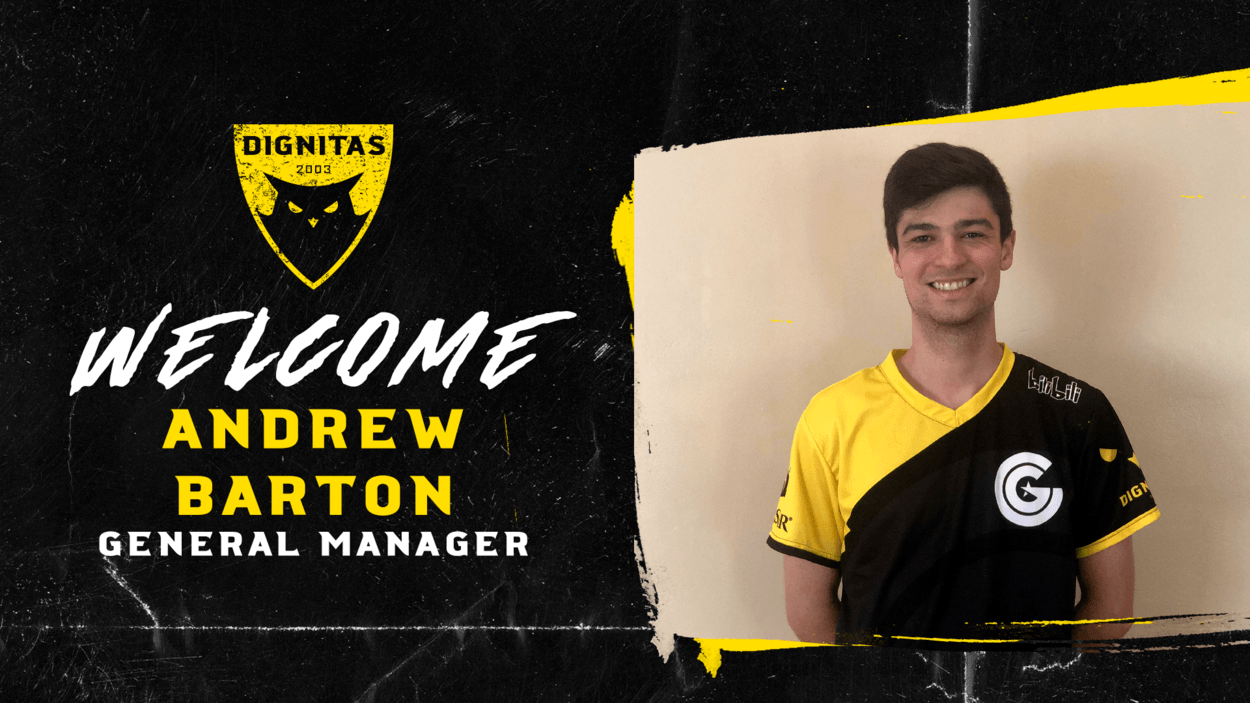