To join _FE’s online community or attend the first event, join <a href="https://discord.com/invite/Dignitas" data-saferedirecturl="https://www.google.com/url?q=https://discord.com/invite/Dignitas&amp;source=gmail&amp;ust=1598460744772000&amp;usg=AFQjCNELC2Y_n7HegcuhWTu3rHX0ugFfRQ">Discord.gg/Dignitas and follow @DIG_FE on Twitter or email FE@dignitas.gg.

Over the next three months, _FE will launch a collection of resources designed to advance opportunities for women in gaming and provide aspiring female gamers with the tools to become tomorrow’s superstars. _FE’s platform will include initiatives such as:

The new initiative will be led by Dignitas’ Vice President of Talent, <a href="https://twitter.com/sapphiReGG" data-saferedirecturl="https://www.google.com/url?q=https://twitter.com/sapphiReGG&amp;source=gmail&amp;ust=1598460744772000&amp;usg=AFQjCNEniJgHWUmRDnx_9xyHEqkCujHNkA">Heather “sapphiRe” Garozzo. The former female World Champion CS:GO player boasts nearly 20 years of experience in competitive esports gaming, broadcasting, marketing and talent management and maintains the distinction of being named the only female in the Esports Insider Esports Hall of Fame.

“As a former professional player, broadcaster and now executive, I’ve witnessed the significant growth of females in gaming over my 20 years in the industry,” said Garozzo. “Despite a significant increase in female gamers, streamers and fans, there is still a lack of representation in media, on live streams and in competition. Through our _FE platform, we look forward to building a diverse community of passionate female gamers, and providing educational resources both for casual and competitive gamers and streamers to broaden their reach and expand their brand.”

"Our organization’s efforts to spotlight the incredible women that comprise the esports community has been well-chronicled and has long been a tenant of our brand," said Michael Prindiville, Chief Executive Officer of NME and Dignitas. "On August 26, which is celebrated annually as Women's Equality Day, we take the next step forward by expanding beyond female esports and into the greater gaming space, with a cost-free program that any female gamer can join without conflicts. Through _FE we aim to ensure female gamers have the resources, role models and healthy community to empower themselves and cultivate their passion as competitors and content creators.”

“As a young female gamer trying to find my place in the esports community, I didn’t have any females gaming role models to admire,” said Emmalee “EMUHLEET” Garrido. “Gaming has made a significant impact on my life and truly opened the world for me - from the more that 10 countries in which I’ve competed to the teammates from 4 countries and followers from over thirty countries throughout the globe as some of the most important relationships in my life. I’m proud that _FE will provide a platform for my team and I to share what I’ve learned over the years as top female competitors and inspire the next generation of female gamers.”

The new _FE initiative presents a unique opportunity for brands to authentically partner with the fastest-growing, most coveted demographic in gaming. A 2019 Newzoo study found women make up 46 percent of the gaming industry; Momentum Worldwide reported 29 percent of esports fans are women. According to WomenInGames.org, 71 percent of respondents say women aren’t represented enough in esports and gaming. Momentum Worldwide noted 62% of female esports fans do not believe brands market to them. _FE aims to normalize the representation of women in esports and gaming, while providing a gateway for brands dedicated to connecting with the ever-growing segment of the esports and gaming community. Dignitas remains committed to working with brands that are passionate about elevating females in gaming including Verizon, SIG, RESPAWN, Vie.gg, HyperX, Champion and ExpressVPN.

The first _FE virtual event will be a live, digital panel on September 30, 2020 featuring female executives, athletes and creators from the gaming and entertainment spaces; interested attendees should join <a href="https://discord.com/invite/Dignitas" data-saferedirecturl="https://www.google.com/url?q=https://discord.com/invite/Dignitas&amp;source=gmail&amp;ust=1598460744773000&amp;usg=AFQjCNG89EKBMj8uZ3QKOUec4heAwQJ7xg">Discord.gg/Dignitas to attend.

Dignitas has been a proud supporter of female esports athletes and content creators throughout its 17-year history. The first professional esports team to partner with Twitch in 2012, Dignitas kickstarted the streaming careers of notable female content creators including PterodactylsFTW, Kat Gunn, Nicki Taylor and thebesttaco. Dignitas fields the only back-to-back women’s CS:GO World Championship Team in history, a squad whose publicity has generated more mainstream media impressions than any female esports team in the industry today. This June, Dignitas launched an internal Diversity and Inclusion Council which included representatives from the front office, content creators and professional players with the goal of promoting diversity, inclusion and equality within Dignitas and to its passionate fanbase. 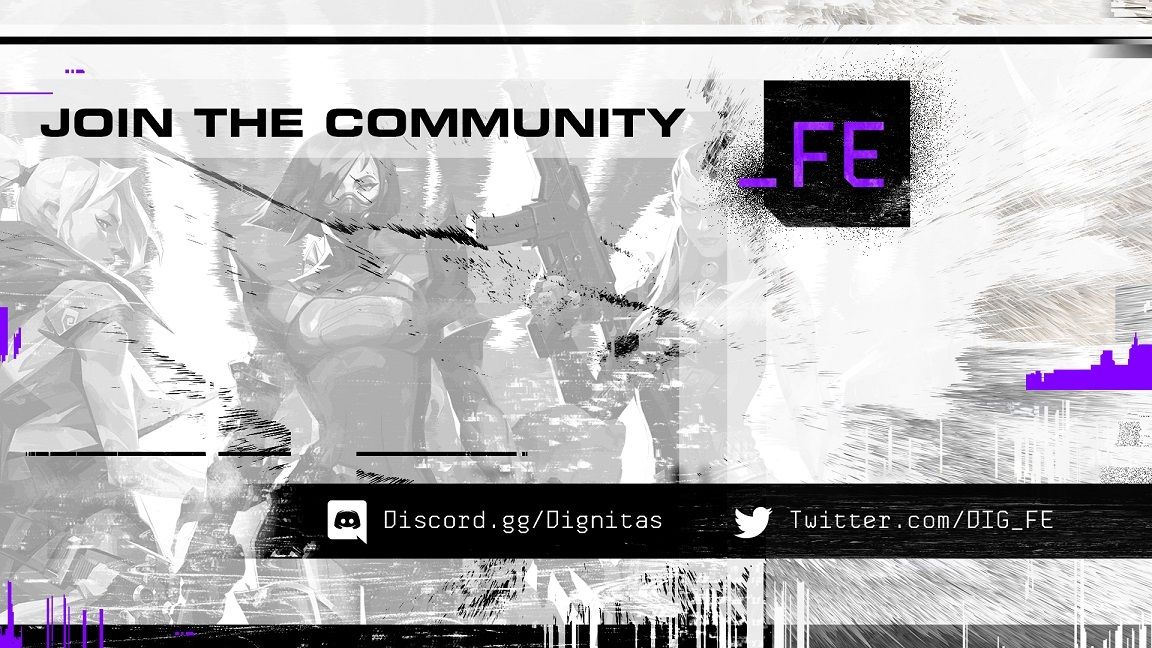