The next season of the Rocket League Championship Series is quickly approaching and Dignitas has sights set on another RLCS World Championship appearance. Today, we're proud to announce the signing of the talented, rising star Maurice "Yukeo" Weihs of Austria.

Formerly of Flipsid3 Tactics, Yukeo made a name for himself in RLCS Season 5, when he began his professional career. In Season 6 of the RLCS, Yukeo helped carry his team to a Season 6 World Championship berth. Yukeo and Flipsid3 Tactics finished 2nd in the European regular season, just behind European-Champion Dignitas. It was Yukeo's 0-second goal that sealed Flipsid3's RLCS World Championship appearance.

The newest Dignitas member shared his excitement for joining his new squad:

"I am very proud to be able to represent Dignitas alongside ViolentPanda and Turbopolsa. Though I have big shoes to fill, I'm fortunate to play and learn from multi-time world champions. I'll put forth my absolute best efforts to help this team bring Dignitas another championship"

The 18-year-old has proved to be incredibly promising, quickly rising to the highest ranks of the RLCS. Yukeo's motivation to become the best in the world, coupled with his in-game talent align seamlessly with our multi-time World Champion players.

"We’ve been keeping tabs on Yukeo for some time now and are thrilled for him to be joining Dignitas. His unique skillset and strong ambition is the perfect complement to that of ViolentPanda and Turbopolsa. This group is going to be so much fun to watch – we can’t wait for the season to kick off!"

"We believe that Yukeo is the right addition to ensure Dignitas remains a European powerhouse in RLCS and a tournament favorite during our 2019 LAN circuit. I am especially excited about Yukeo's personal career goals, which align with ours and I'm confident with our experience, we can help him reach those targets."

We look forward to showing off what the 2019 Dignitas Rocket League team is capable of and are excited to share where the team will be competing next, including RLCS Season 7. 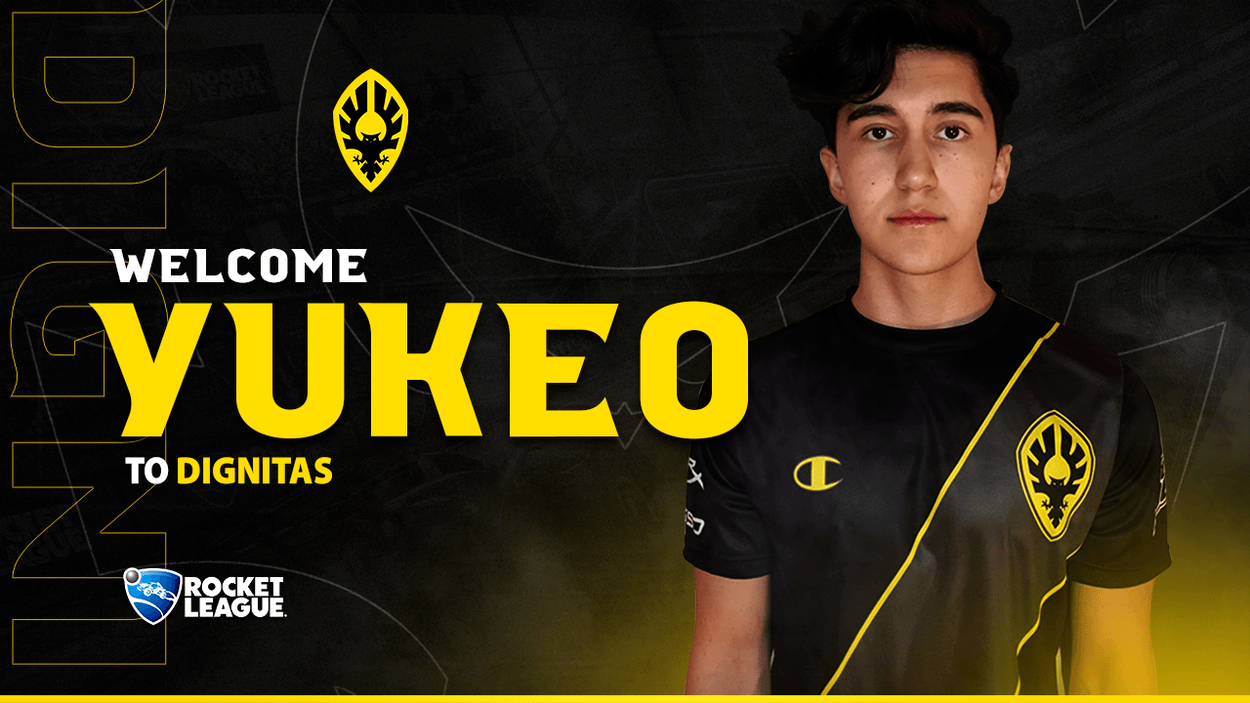