From knowing when to go for the ball, to understanding when you may be ballchasing, self-discipline is certainly important in the game to avoid teammates becoming frustrated with how you may be playing. To define self-discipline, it is when you control yourself in order to avoid negative outcomes in certain situations. Already, this sounds applicable to online matches, either ranked or unranked. The only player you can fully control on the field is yourself, and having self-control is the first huge step in success in efficient team plays. After all, before knowing how to play well in a team, you need to know how to play well by yourself.

Bearing this in mind, then, what does it mean to be self-disciplined in Rocket League? Well, a few features might include:

I talked to Maurice "Yukeo" Weihs in a previous article named Ballchasing in Rocket League - A Guide With Yukeo regarding ballchasing and double or triple commits. A lot of good advice was given by Yukeo and this links strongly to self-discipline, so reading this article alongside this one is highly recommended.

Being patient in online matches is not always the right thing to do but can heavily impact your self-discipline. For example, one great example of patience in an online match is when you may notice that an opponent is going to hit the ball before you can. If you see that the opponent is closer and can get to the ball faster than you, you can either rush and attempt a block, or wait for the ball to be hit by this player and return back to the net.

Take, for example, this clip of a teammate in a ranked match. He noticed that the teammate had missed the wall shot and that an opponent was quickly approaching. Instead of rushing towards the ball to try and beat the opponent, he recognised that he was going to lose the race to the ball and instead returned to the net.

Him returning to the net meant that I could get an easy clear off the backboard into the mid-field, where I could also follow it up. If the teammate had gone for the ball, I would have been left in a one versus three scenario, which would have been much harder to defend.

Not only this, but this teammate is also now positioned for an oncoming shot from the enemy team, so there are a lot of advantages to be had in leaving the ball as opposed to always going for it.

Self-discipline means that you have the awareness that a play might not end up going as you would have wanted. As mentioned above, pre-jumping for a block is risky, as the opponent could hit the ball in a direction you were not expecting. Taking yourself out of the play entirely like that makes the situation much more difficult for nearby teammates in defence.

Not only does pre-jumping or pre-flying your opponents make the play risky, but pre-jumping for your teammates can be even worse. We have all seen professional Rocket League players performing impressive freestyle shots and pre-fly team plays but doing them frequently is very dangerous in an online match, especially if you are solo queueing.

If you are flying in the air in the centre of the field, awaiting a pass from a teammate, this puts a lot of pressure on said teammate. This may lead to their pass being slightly off, entirely off, or perhaps they may not have seen you go up in the first place. If the ball is not hit directly at your car, this means that two of the three players on your team are out of the equation, making this a one versus three game, which is obviously very unfair.

This is also what makes communication so essential in higher ranked games. If you want to attempt fancy shots such as these with your teammates, enter a voice chat and communicate with each other so you all know where you are on the field. Otherwise, this is a recipe for disaster.

Yes, unfortunately there can be a thing called being too patient. If you constantly leave the ball to your opponents, then you are leaving them with possession. Possession is a serious aspect of this game, as the team with the most possession will end up being the most threatening, and perhaps the one to make the most goals.

However, if you have possession over the ball, you have multiple options such as:

Ultimately, there are many possibilities when you and your team are possessing the ball as opposed to allowing your opponents to do so instead. I have also written an article surrounding possession in Rocket League named Understanding Possession - A Rocket League Self Improvement Guide and this can be used for further knowledge.

Overall, self-discipline is certainly a thing in Rocket League, as having self control is a crucial step in being a solid team and a solid individual player. Simply, do not rush at too many balls, understand where your teammates are on the field, and remember to be patient. 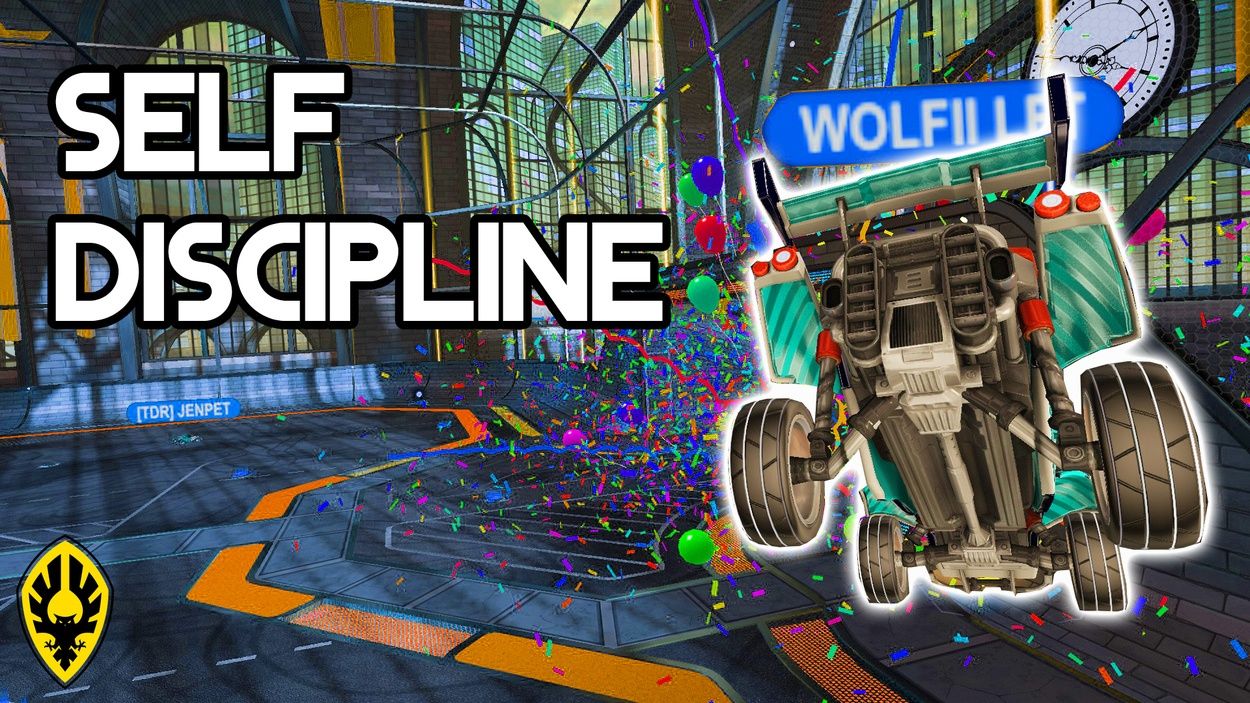