Ballchasing is a term commonly thrown around in the Rocket League community. Many players are labelled as 'Ballchasers' frequently in ranked and casual matches, but the term might be misunderstood by some.

To define ballchasing and to elaborate on how it might affect an individual's playstyle, as well as impacting the team as a whole, we spoke to Dignitas player Maurice "Yukeo" Weihs for an explanation and further insight into the topic.

Players new to the game, however, may not fully understand the concept of ballchasing and how this can have a negative impact on how you and your team end up playing. When asked to define the term 'Ballchasing', Yukeo stated, "When someone is focusing on the ball and starts getting out of position just to challenge a ball as fast as possible, without even thinking of the outcome."

Basically, ballchasing simply comes down to constantly driving towards the ball and being so focused on hitting it that your teammates may become confused and begin to position themselves inefficiently. In the early ranks, especially, ballchasing can be an issue, as this can lead to selfishness and perhaps even toxicity from teammates who are becoming frustrated at your desire to be constantly maintaining possession over the ball.

When asked how a new player might know when they are ballchasing, Yukeo replied, "When they cut in front of their teammates, take their balls away, and just focus on the ball only," and followed up with the suggestion, "I think watching a replay from other people's point of view would be the easiest way to understand when you are ballchasing." Ballchasing at its core is defined through the continuous disregard of teammates and the constant primary focus of just going for the ball, and this definition can help you to understand when you might truly be ballchasing.

Knowing What to Do, and When to Do It

Understanding how to position yourself effectively, where your teammates are positioned, and how to know when to advance on a play (or when not to) all comes down to practice in online matches. Simply playing lots of games can make you understand and appreciate how you and your teammates need to work together in order to succeed, and the fact that selfishness can lead to the destruction of a team.

For a bit more help on this topic, I asked how a player might know when to stop pushing for a play and to let a teammate take over. Yukeo responded, "It comes from experience, but listening to game sound and hearing when your teammate jumps for a ball can help most of the time."

Many players underestimate the effectiveness of the in-game sounds. However, turning up the master volume is never a bad idea if you find yourself struggling to work with your team. Make sure to listen carefully, if you are not looking, for the jumping sound of a nearby car or when they are boosting. You can also simply listen out for the engine audio, and thanks to the customisation options the game offers for this audio, some are much clearer than others.

Not only does the in-game audio benefit you in terms of your teammates' positioning, but it can also guide you by helping you to understand where the enemy team is. If you cannot see over the top of the ball while maintaining possession over it with a dribble, for example, you can use audio cues such as jumps, boost, or just general engine sounds to hear when an opponent is approaching. Audio is not crucial in the game but can certainly offer you an advantage.

For a bit of further insight, I asked how a player might know to let the ball roll behind them as opposed to just hitting it, and Yukeo claimed, "Whenever your teammate is covering the net and can take over the play easier basically." This links back to knowing where your teammates are and having that ability to judge whether you are in the right to be hitting the ball at a certain time or not.

Some major disadvantages to ballchasing are double commits and overcommits. This is seen very frequently in the low ranks and should be avoided in order to maintain a fluent rotation and keep a solid position on the field.

Yukeo stated, "Double and triple commits in high level plays are usually always gonna result in a goal." Unfortunately, most of the time, not for your team. Double and triple commits in Rocket League puts your third teammate in a one versus three scenario. If you and a teammate have both launched yourselves at the ball at the same time, this can be very dangerous. In a one against three scenario, the team with all three players are much more likely to capitalise on this mistake than the single player on your own team.

Overcommitting is slightly different, as this means advancing on a play too much without considering other options. This is a common form of ballchasing. In terms of knowing when a player might be over-committing, Yukeo said, "Whenever you and your teammate are too close to each other while being in the opponents' half. They could hard clear the ball any moment, which can put you off-guard if pushed up too far."

Overcommitting, then, is not always an individual mishap. In fact, it can be two players, or in the worst-case scenario, all three. If multiple players or just one player is pushing up too far up the field, then this gives the other team a much easier chance to score if they manage to clear the ball from their half, as Yukeo stated before.

Ballchasing in this game, then, is a very common aspect of the game that can determine the difference between ranks. When asked for a summary of key disadvantages of ballchasing, Yukeo replied:

To which he summarised, "It's not consistent, basically." Consistency in Rocket League plays a huge part in your advancement as a player and comes with a lot of dedicated practice and time in the game, including online matches. As Yukeo suggested previously, saving your replays and rewatching them after a match can help you to understand where you might be ballchasing. Do not just watch from your own perspective, but from the perspective of your teammates or an opponent. Keep an eye out for overcommits and double commits.

Yet, of course, toxicity in the game is inevitable, and you might see yourself getting frustrated at a teammate for ballchasing. However, if this turns out to be the case, and a teammate is constantly going for the ball, as Yukeo concluded, "You just have to think about how you can help him the most. Try to play smart and try to get into the position your teammate wants you to be in. Don't take yourself out of the play too easily and let your teammate hit the ball when he wants to." 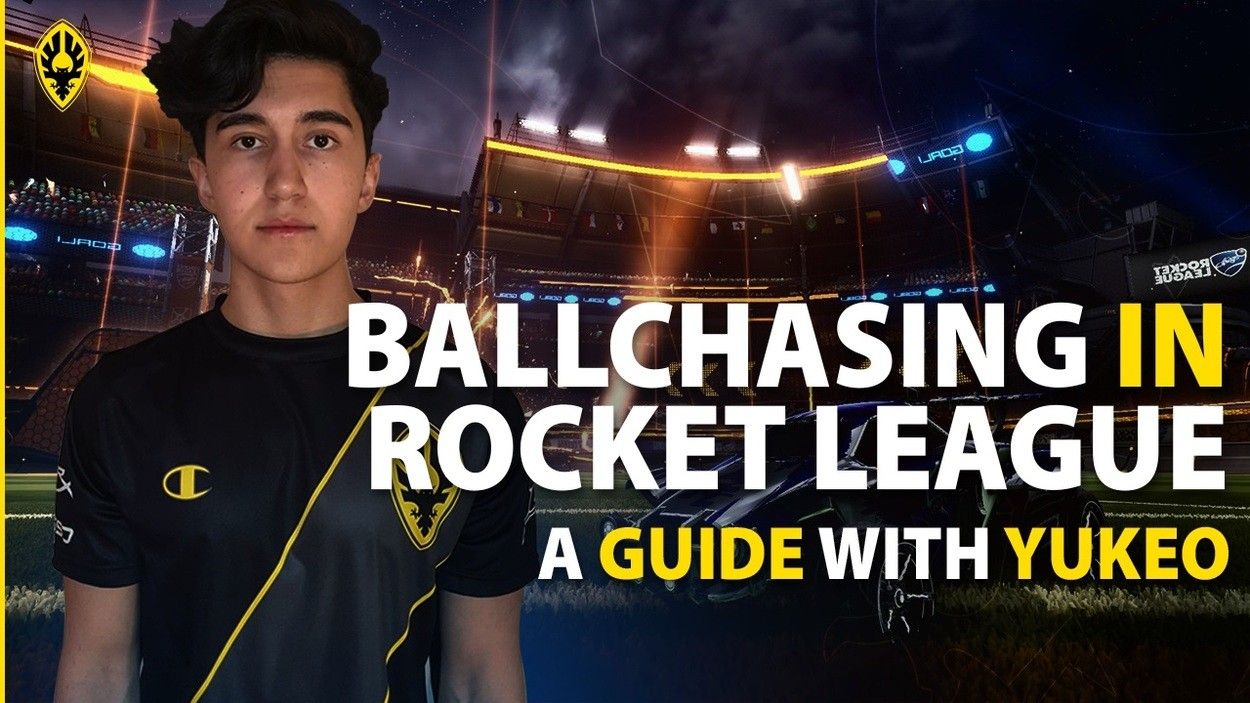