Grand Champion is an elusive rank that a lot of us have been chasing for hundreds and hundreds of hours. There’s no way around it – it takes a ton of time, practice, and patience to achieve this rank. However, with the help of seasoned Grand Champ and Dignitas pro player Andrew “Andy” Nolan, we’re going to look at some things to keep in mind that will help you on your journey!

I think the most important aspect when you’re trying to improve, especially going for Grand Champ, is always working on your foundation. Things like shooting, getting good touches, your rotations, things like that. You always want to keep the basics. Anyone can get to Grand Champ with great basics – you don’t absolutely need to be super flashy or mechanical. You just need to be solid.

It may sound simple, and it’s certainly easier said than done, but becoming extremely consistent at the basics is probably going to help you more than anything else. Every player is going to make errors, but the players in those high ranks are going to make a lot less. So let’s take a look at some ways for you to become that player.

It can be very easy to deflect the blame onto your teammates. I think all of us have done it from time to time, and sometimes it may even be justified. However, it’s very unlikely that you played a perfect game, and the best thing to keep in mind is that there’s always room for improvement. That’s where looking at your own gameplay comes in.

Replay review is definitely important if you want to get to the next level. Look for any scenario in which you’re going to impact the play. Look for anything you could have done to help your teammates or make a better play on the ball. Just nitpick anything you possibly can. It’s also good to look for help from someone better than you to get an outside view, as you’ll always be biased towards yourself. Multiple perspectives is always good.

Like Andy said, you’ll probably have a little bit of bias towards yourself but try to be as harsh as possible. When you identify the problem areas you have, you can really home in on those and make a concentrated effort to fix them.

It sounds cliché, but look at what you’re bad at and really focus on improving your weaknesses. A well-rounded player is always going to be better than a player who only has a specific skillset to their game.

Being well-rounded really is the name of the game. A player at the Grand Champ level may be great at a certain mechanic, but chances are, they’ll also be a very high level at just about all of them. You have to be able to do everything. 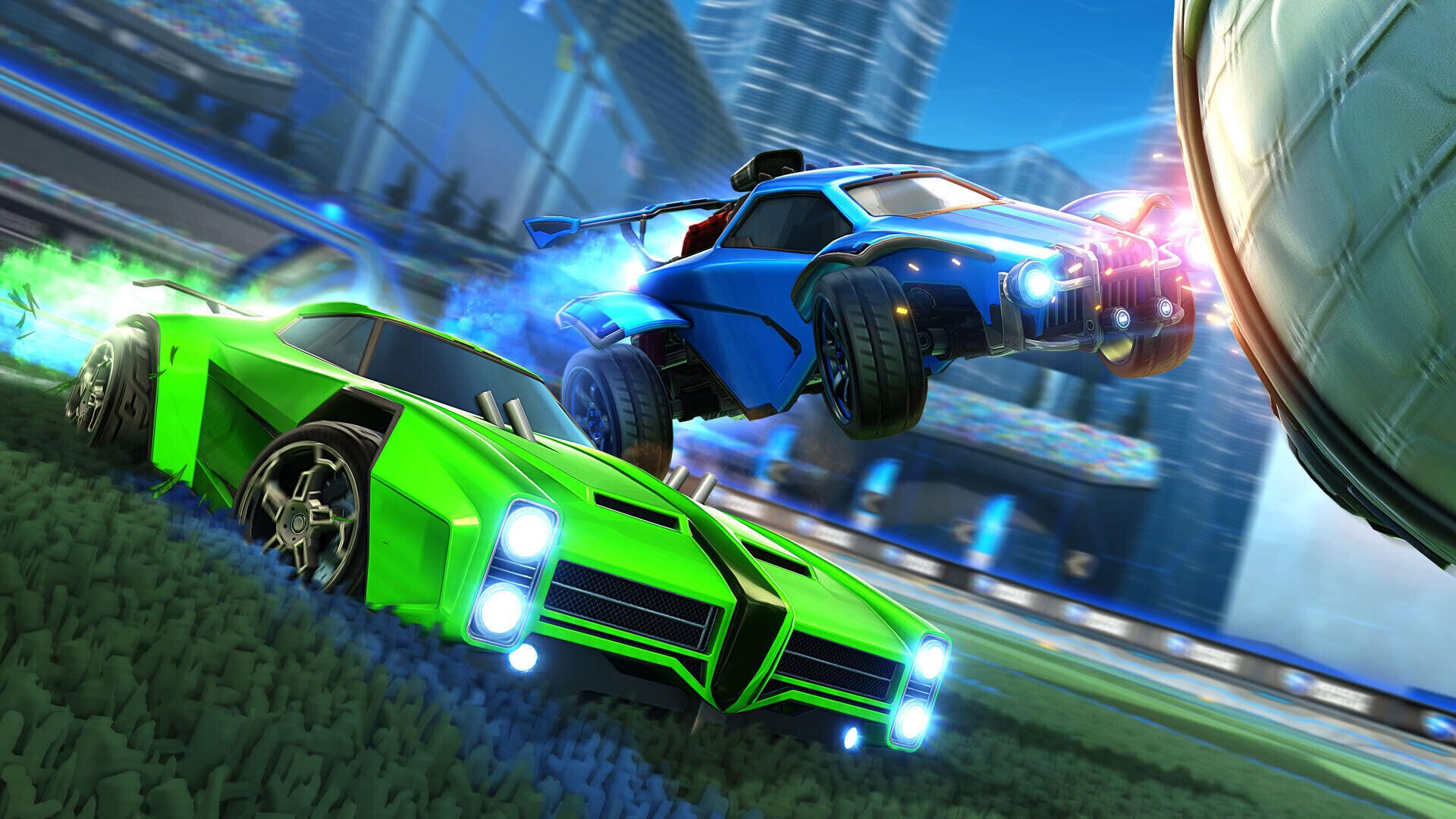 One thing that we asked Andy about is what he believes to be the most essential mechanic that players in the lower to middle ranks should learn. Here’s what he had to say:

Definitely being able to read bounces off of the walls and following up quickly on them, as well as basic aerial car control. Also, getting accurate touches on the ball is huge.

In Rocket League, the walls can be your best friend or your worst enemy. It takes a lot of repetition to learn all of the nuances about how the ball is going to behave coming off the wall. But, mastering it will give you an incredibly huge advantage.

Andy also mentioned aerial car control, which comes into play when it comes to speed. We do have a full guide on aerials which you can view here, and if you’re behind on aerial mechanics, I would definitely recommend giving it a read. The very high majority of players in Grand Champ not only have good aerial mechanics, but they’re going to be able to do them quickly. It’s imperative to keep up with the speed of the game. The toughest thing is to not only consistently making the most efficient play possible but recognizing it and acting on it in a split-second.

I think the best way to focus on speed is going into free play and hitting the ball as hard as you can and taking the fastest path to the ball. You don’t need to try and score, just hit the ball and follow up as fast as you can.

If you’re getting beat to every ball, this is definitely a great practice routine to add to your free play regimen.

Obviously, when it comes to ranking up in Rocket League, the first thing most people think about is how they can improve their mechanics – and there’s nothing wrong with that. As we’ve mentioned, having a strong mechanical foundation is super important. But eventually you’ll hit a point where just about everybody has strong mechanics, so how can you separate yourself from the pack?

I think mentality is the most underrated aspect in all of Rocket League. If you have a solid mentality and are committed to improving, the sky is the limit. I think something that makes it really easy to play is to have the mentality that you’re playing to improve rather than to win. After you lose, you want to ask yourself what you could have done to win the game.

This also ties back into taking accountability and avoiding putting all the blame on your teammates. Asking yourself what you could have done and then focusing on improving that aspect of your gameplay is going to take you a long way. People only tend to play worse when they’re frustrated, and being toxic certainly won’t help either. As Andy mentioned, the best mentality to have is that you’re playing to improve and not playing to win. Even if you take some losses and your rank suffers, this state of mind will eventually result in you achieving your goal.

Now, while your mentality outside of the game is critical, there’s also the mental stuff within the game itself. As mentioned before, you’re eventually going to hit a point in Rocket League where most people have strong mechanics, and they’re going to be consistent and fast with them. That’s where outsmarting your opponents comes into play.

Sometimes, you want to slow things down when people don’t expect it. Definitely try to throw in a few fakes. Controlling the pace of the game is really important at a high level, and sometimes you want to make the opponents come to you. This gives you more control over the play when that happens.

Adding variation to what you do in the game is a really great idea. If you do the same thing over and over, the fact is that you’re going to become predictable very quickly. However, if you’re constantly mixing it up and playing mind games with your opposition, you’re going to gain an upper hand. Keep them guessing and you’re golden! 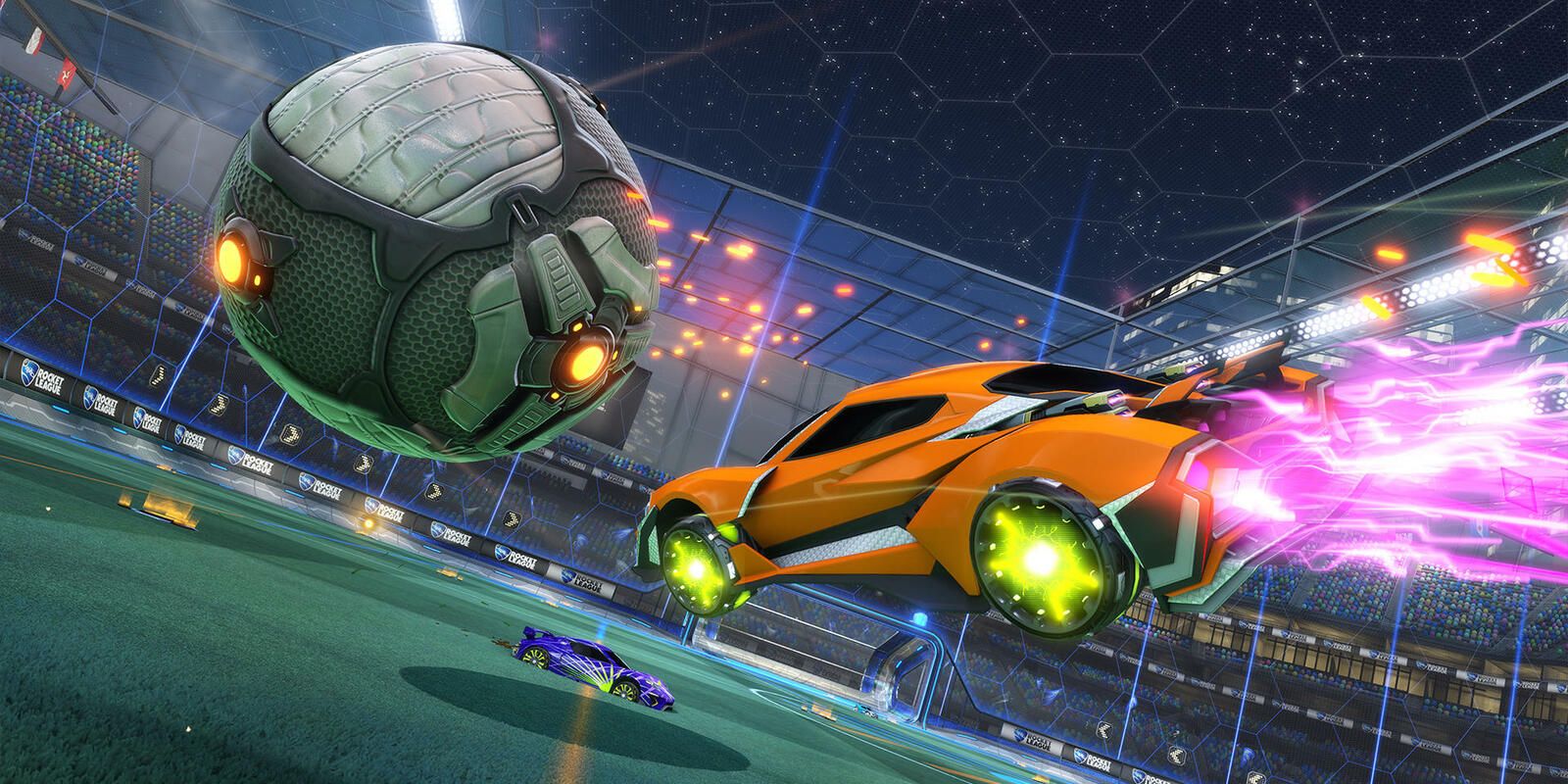 There’s a lot that goes into hitting Grand Champ. Of course, there really is no single incredible secret – it takes effort, time, and mentality to get there. But hopefully this guide was able to give you some fresh ideas for tackling the challenge. If you want to keep up with Andy, be sure to give him a follow on Twitter and Twitch. Best of luck on the push to Grand Champ! 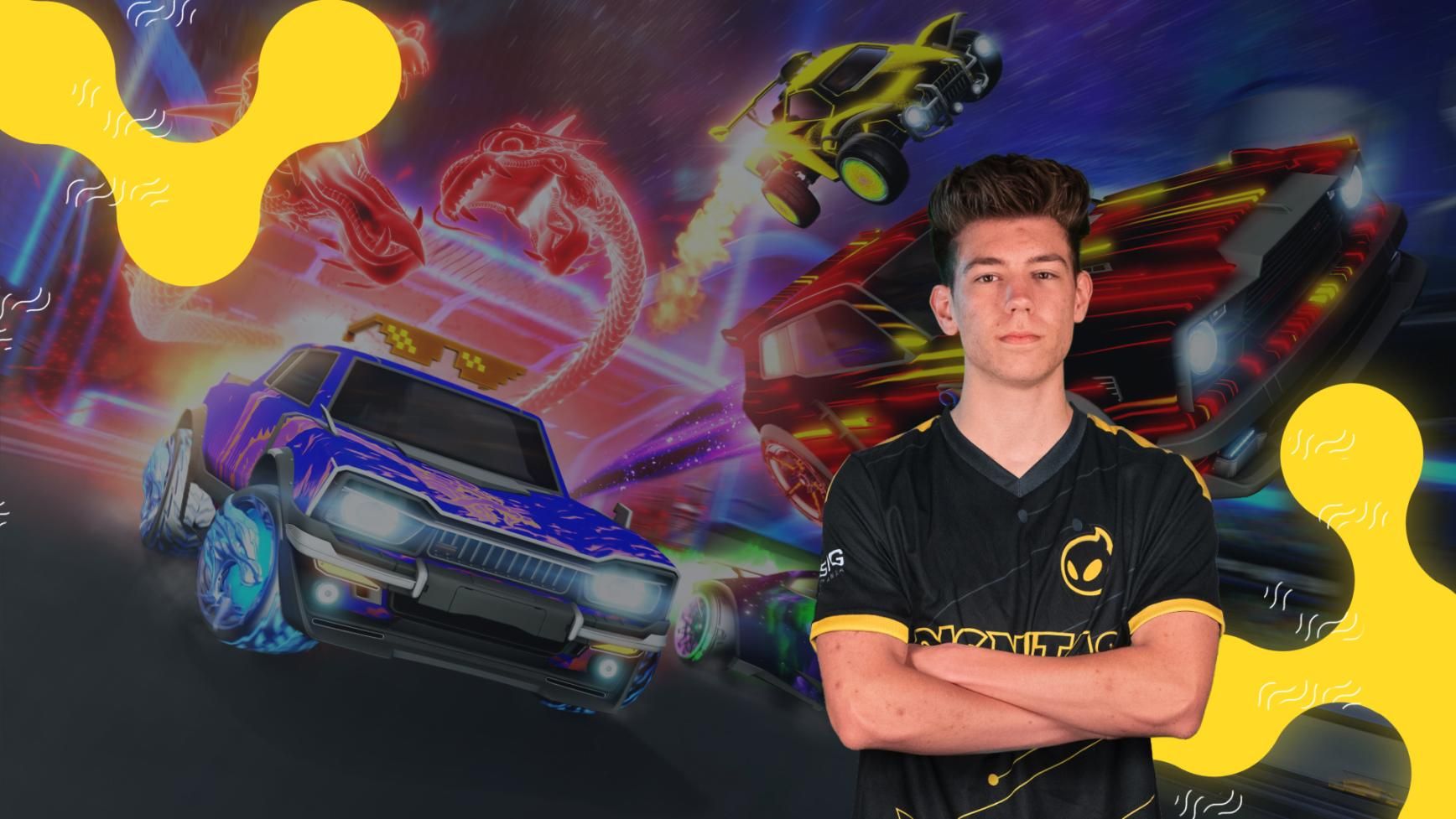